A stroll around an island sounds like paradise, but in this Caribe Aquatic Park’s passage of terror, it is the exact opposite. To cross La Isla Maldita, you will have to escape from ghost pirates and shipwrecked zombies that will make your visit a real hell. Are you brave enough to start the tour?

What happens on La Isla Maldita, stays on the island

They say if you get close to La Isla Maldita, it will trap you forever. It is enough to be sailing only a few kilometres away for the weather to change suddenly and a storm to break out that will wreck any boat with its giant waves.

This island is cursed, but so is everyone who steps on its soil. That’s why we try to keep our distance. What little we know is thanks to the mysterious diary of an ancient sailor named Ode Solrac Naju, whose galleon was shipwrecked in 1713. There are thousands like him. In 1840, a ship bound for Havana also suffered the same fate and ended up on the cursed shores. In 1902, it was a German ship, and so on, history repeats itself endlessly. 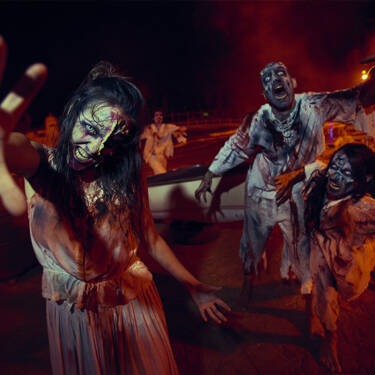 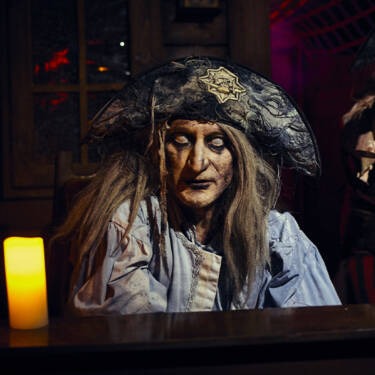 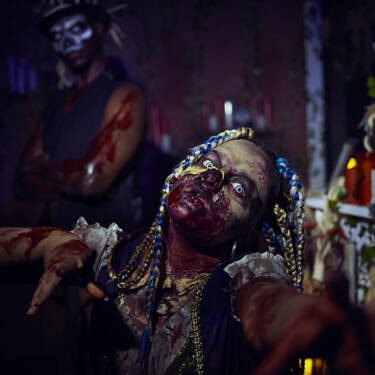 The remains of military ships and even modern freighters lie on this Isla Maldita at PortAventura World, but their crews do not rest. The lucky ones died. Those who didn’t, slowly turned into zombies, bearing the curse on their skin and condemned to exist with a single objective: to not let anyone leave the island.

At La Isla Maldita the truth is scarier than fiction

Did you know that the story and characters of La Isla Maldita are based on real events? This passage of terror is inspired by the strange case of the Bermuda Triangle, also called “The Graveyard of the Atlantic”, a triangle-shaped geographic area located in the ocean between the islands of Bermuda, Puerto Rico and Miami, known for its many shipwrecks and disappearances. The list of incidents that occurred in that area includes the disappearance of 50 ships and 20 planes! The really odd thing is that, although most of these disappearances can be scientifically explained, there are some that still have no explanation. Except, of course, that the island really is cursed.

Now that you know what lies ahead on La Isla Maldita at PortAventura World, are you sure you want to enter? If you still want to do it, remember to wear comfortable shoes. The route is 1 kilometre long and if you want to save yourself, you’d better be prepared to RUN.